After two years of the pandemic, Bordeaux again opened its doors to the trade for a week of En Primeur tasting this April, and Vint was there. Bordeaux En Primeur Week typically occurs each spring and consists of châteaux, negociant houses, and regional trade groups holding tastings of the wines harvested the previous fall. There are three main types of tastings. The first is privately tasting the new vintage with a producer at their château. The second type is medium-sized regional tastings organized by the Union des Grands Crus de Bordeaux, where many wines from a single region are tasted in a communal location. The final type of tasting is with large negociant houses that offer expansive tastings of wines from through the Bordeaux region.

A warmer than average winter led to an early bud break in March across the region. This relatively warm winter was followed by a cool spring punctuated by multiple frost events in April and early May. An exceptionally wet May and June followed the cool spring, leading to widespread mildew and increased disease pressure. The vintage turned a corner in July and August with relatively low rainfall and warm temperatures. Despite a few showers in September, warm temperatures held and allowed for additional ripening allowing most producers to finish picking by mid-October.

While the frost and mildew wreaked havoc across the region, it was especially hard on the Merlot, which is especially vulnerable to mildew and buds early, making it more susceptible to spring frost damage. These environmental issues led to lower Merlot yields across the region, with many Left Bank producers featuring the highest percentage of Cabernet Sauvignon in their blends that they have seen in many years.

In terms of quality, it is not possible to make a blanket statement for the wines of 2021. In fact, there appear to be quality inconsistencies even within regions. One assertion that can be made for 2021 across all regions was that it was one of the coolest vintages in recent years, with the lowest average number of degree days (a measurement of temperature for viticulture) in the past eight vintages*. These lower temperatures led to more freshness and higher overall acid levels in the wines, lower alcohol levels, and restrained fruit notes in the final wines. 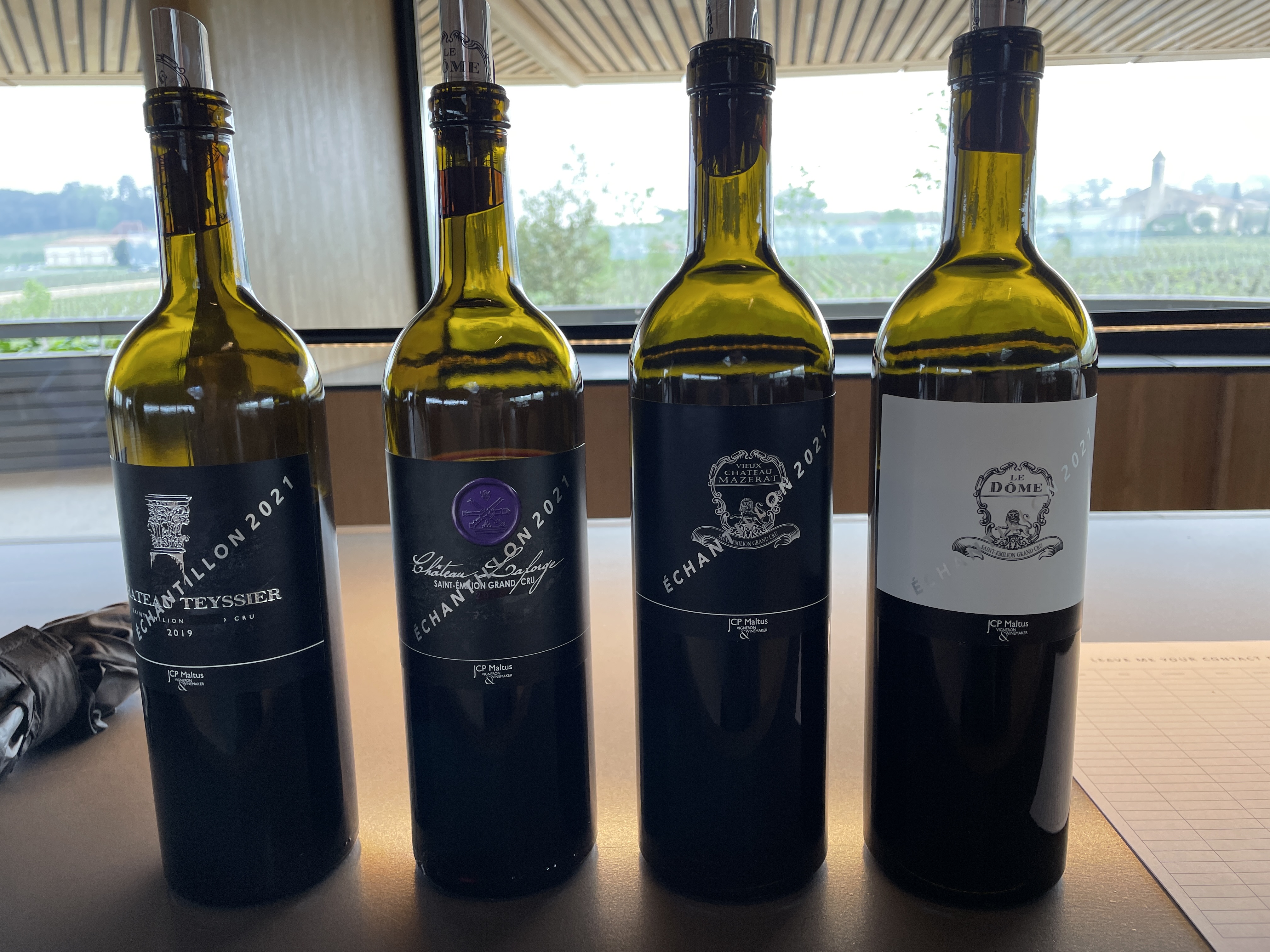 The Vint team tasted hundreds of wines from across all of Bordeaux's key regions at negociant and regional tastings, as well as château tastings with Canon, Le Dôme, and Moueix (makers of Petrus (not tasted), La Fleur-Petrus, Tratanoy, etc.) tasting in Pomerol.

Despite reduced yields, the top producers of the Right Bank were able to craft some extremely high-quality wines. The top examples of these Merlot-based wines featured more finesse than in recent vintages while still exhibiting ripe fruit and concentration. Lower tier wines from the region proved less consistent as much of the top fruit was sorted and used in the top cuvées

The top communes on the Left Bank in our tastings hailed from Cabernet Sauvignon-heavy Saint-Julien, Saint-Estephe, and Paulliac. The wines of Saint-Julien performed well across all tastings and offered the most consistent level of ripeness and balance that we saw from any region in this inconsistent year. The wines of Saint-Estephe offered a comparably consistent balance, featuring a cool undertone to the fruit in many wines, offering an almost eucalypt freshness. Paulliac also offered many good examples, with tannins appearing to ripen with the fruit.

The wines of Margaux and Pessac-Leognan featured much more inconsistency, with some wines tasting completely different from one tasting to another. A few wines from each region achieved a balance between structure, acid, and fruit, but these examples appeared to be the exception rather than the norm. That said, En Primeur tastings are held very early in a wine's life, and it is entirely possible that the elements in these wines will fall into balance and coalesce as they mature. There are stellar wines to be found, but careful selection will be needed.

The quality of the white wines from this vintage was top-notch. While producers did experience impacts to yield to frost and the growing difficulties referenced above, the resulting wines, both sec and sweet, exhibit excellent freshness, developed mid-palates, and solid fruit concentration. The sweet wines from Sauternes and Barsac will be worth seeking out, as will the Bordeaux Blancs from the top producers in Pessac-Leognan and other white wine-producing AOC's. 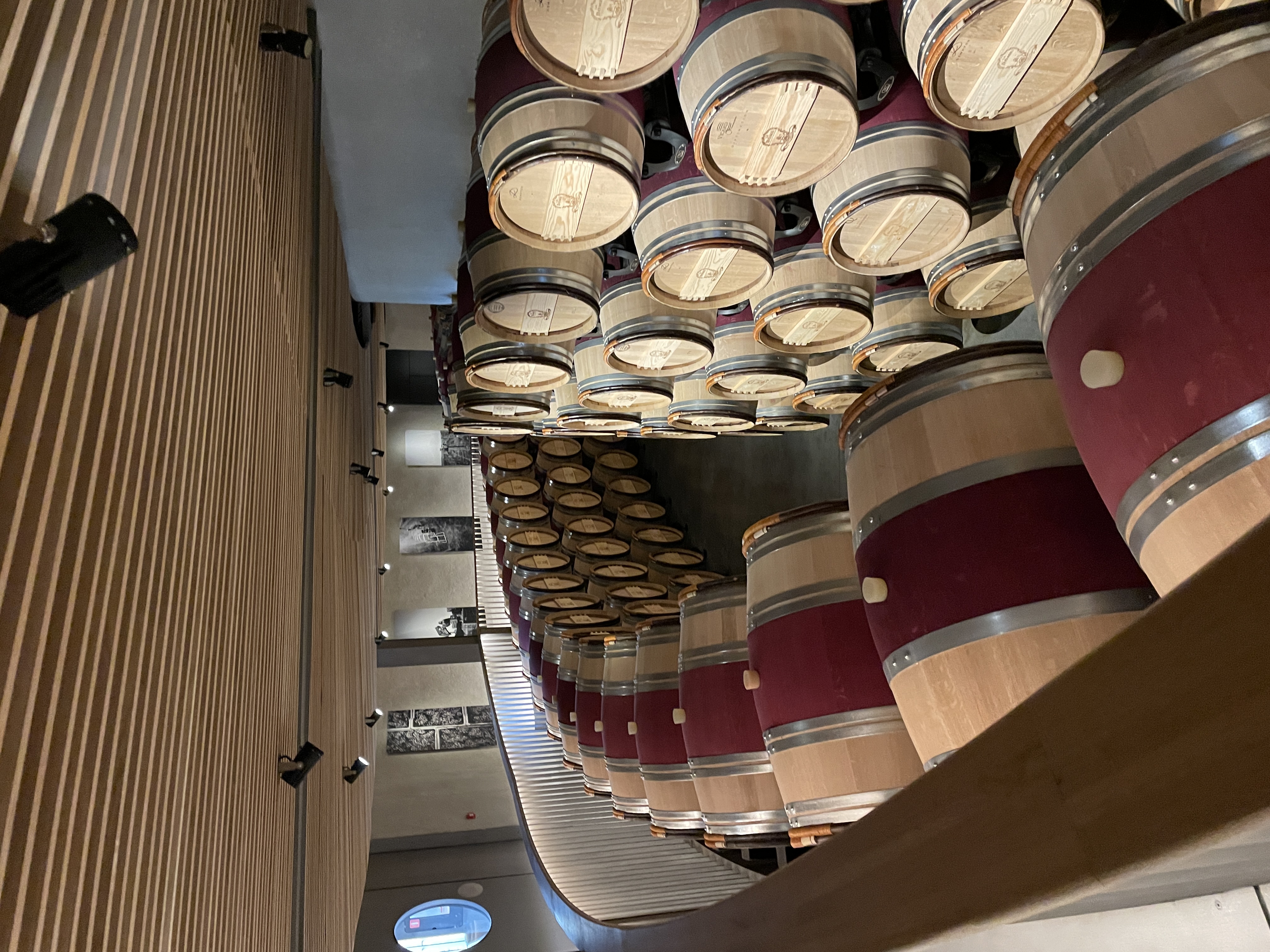 The 2021 Bordeaux vintage saw a return to a cooler and fresher style of wine, requiring vineyard managers and winemakers to search for ripeness and highlight balance rather than opulence. For those producers who were able to achieve harmony between fruit concentration, acidity, and tannin structure, 2021 offers some excellent wines. Vint and our team of advisors will monitor release prices as they are revealed to determine whether or not a 2021 futures collection is in the cards and which wines could potentially be considered.

A first of its kind offering for investors and producers.

Do you have a special bottle of wine, and you’re wondering how much it’s worth? This article will show you the ropes of fine wine valuation.

How it worksCollectionsTerms of Use

Vint and VV Markets, LLC are offering securities pursuant to Regulation A. The offering circular, as amended, can be found on the SEC's website.

For any proposed offering pursuant to an offering statement that has not yet been qualified by the SEC, no money or other consideration is being solicited, and if sent in response, will not be accepted. No offer to buy the securities can be accepted and no part of the purchase price can be received until the offering statement for such offering has been qualified by the SEC any such offer may be withdrawn or revoked, without obligation or commitment of any kind, at any time before notice of acceptance given after the date of qualification. An indication of interest involves no obligation or commitment of any kind.

Past performance is no guarantee of future results. Investments such as those on the Vint platform are speculative and involve substantial risks to consider before investing.

Vint does not offer refunds after an investment has been made. Please review the relevant offering materials and subscription documents for additional information.

There is currently no trading platform for our interests.

Securities offered via Regulation A through Dalmore Group LLC, registered broker dealer, member of FINRA, member of SIPC acting as Broker of Record. The securities herein offered by this issuer as herein above mentioned are highly speculative, investing in such securities involves significant risk, including possible loss of the principal amount of investment.